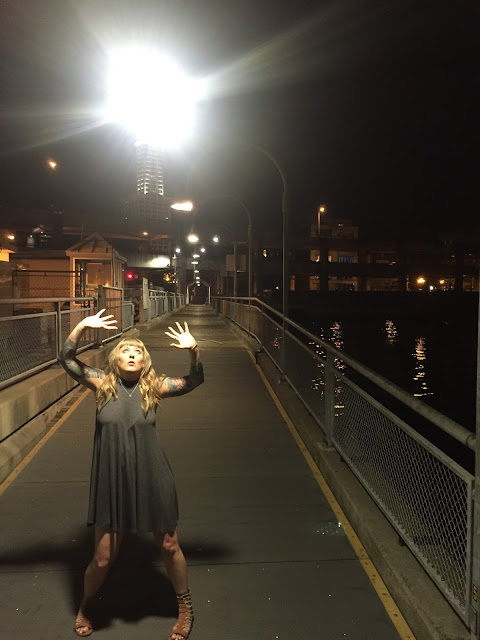 When I first moved to Seattle in two thousand and...oh now wait when did I move here?  2012?  Well that's not really important.  When I first moved in with my bestie, Rebecca, who also moved here from the East Coast,  I had sugar plum dancing daydreams of joy with birds chirping and Pegasus horses rearing on a sunsetting hill as to what my life was about to be like.  This is going to be perfect.  I will find the perfect job, I will find the funnest group of friends, I will dress super-thrifty cool-like even more then I already did.  We would meet guys but would mainly stay single so we could have the freedom to take over the town like wildcats.  Is that too much to ask?

I showed her some stand-up on Netflix of my latest favorite comedian (Demetri Martin) one night when we were having a "chill girls night in" and we agreed we would go see him when he came to the city for his next show so we could both laugh like school girls at his cuteness.  Two weeks into living in our new digs, one night my native to Seattle step-sis took us newbies out on The Hill to an after hours dance club and there he was...Demetri Martin.  Dancing to the music all sweaty and cute-like.  Rebecca honed in on him like a tractor beam and it was all over.  Poof! There goes one of the perfect sections of my perfect bubble.  Friend is out.  He wasn't actually Demetri, he was his doppelganger...a Seattle version of the comedian in the form of a normal dude.  She spent the final two years we lived together thereafter locked in her room with him.  I ended up just going out every night solo and never met that group of chicks who were the ride or die no bullshit type of friends but did develop quite a tolerance to liquor. 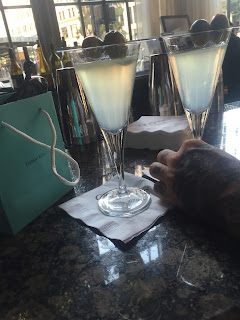 I met my guy though.  I actually met him two months into moving to Seattle.  He's stylish, tattooed, had a great job, and loved to go out and eat fancy dinners and go on adventure dates.  Score! I loved his taste in clothes and he even took me to Barney's once so he could buy a new pair of jeans.  I was hooked on this lavish dream-life I had never experienced with a boyfriend before.  Pegasus was flying high!

Fast forward a couple of years...actually I think it was the moment I moved in with him.  If you could exaggerate with me this image; he's shedding his cowl neck J. Crew sweater like a snake to reveal a wrinkled t-shirt underneath and suddenly he karate kicks off his nice shoes we picked out at Nordstrom together on one of our magical dates to reveal a pair of ugly sneakers somehow ballooning into place over his feet. Now take his perfectly sculpted combed over hair and blast it with a leaf blower and top it off with a baseball cap representing either golf or the Bay Area sports teams.  You have now pictured what a comfortable relationship has done to my "Fancy Pants" boyfriend.  Don't get me wrong, I have been gaining weight in what I like to call "Fappy" (Fat & Happy) so I haven't really held up my end either, quite literally.  All the fancy dinners and martinis caught up with me and I have done nothing about it as of late.  Shit, I need to though!  Tomorrow, I start tomorrow.

I actually don't mind the relaxed California dude look anyway and at this point we go out less or when we do it's rarely anywhere fancy.   Usually grabbing some Mexican food and a beer.  Nothing that deserves a leg shave OR a face shave.

So my perfect dream bubble didn't really pan out as I thought and you know what, that's OK. My Pegasus has morphed into more like, say, a cute down to Earth donkey and my sugar plums still dance in my daydreams but it's for different reasons like the smell of Fall around the corner and decorating our home or thinking of my blog and Youtube channel taking off and earning income so I can take this puppy up a notch.

Rebecca and her Demetri have been together for five years and counting.  Lyle and I are just a couple of months behind.  I have spent too much energy (and a couple of fights) over the years trying to get Lyle to not wear those damn sneakers.  He came home a week ago with these brand new bright orange monstrosities and I officially surrendered.  "Babe, those are the ugliest damn sneakers I have ever seen."  He retorts, "I think their cool!  And besides, ugly sneakers are cheap and nobody wants them so more for me!"  Sigh.  You win.

We live up north of the city so we decided to stay at Lyle's sister's house on Alki so we could take the water-taxi to downtown and spend our anniversary reliving the first four years of our relationship.

We walked from the docks all the way up through Belltown, stopped at my old job and stomping grounds (Shorty's) then wrapped around, back down to the water taxi for its final lap of the day at 10:30pm.  The moon literally hung above the city as we pulled away almost as if it was a fake movie set.  I could have fallen asleep on his shoulder just listening to the boat cutting over the water.

Oliver's, our favorite spot for cocktails and people watching in the heart of the city 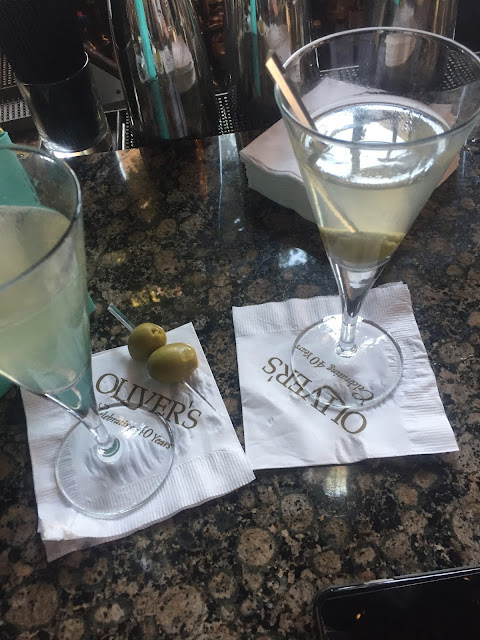 He took me to Tiffany's.  My first ever trip into the downtown location to buy and not just ogle in admiration 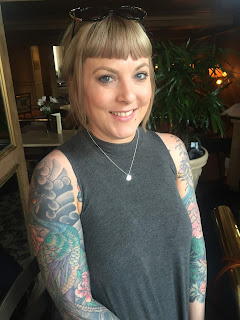 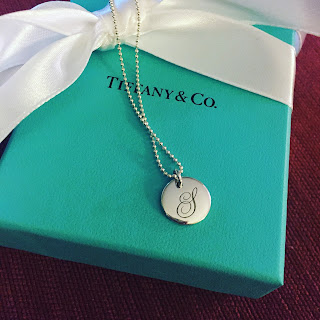 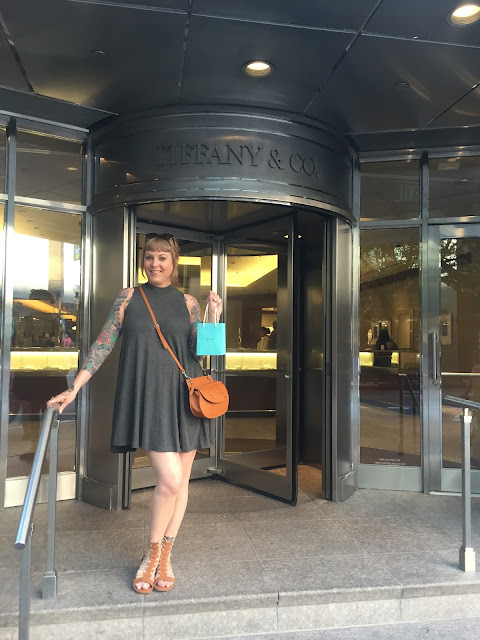 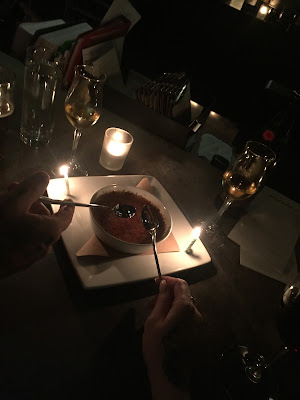 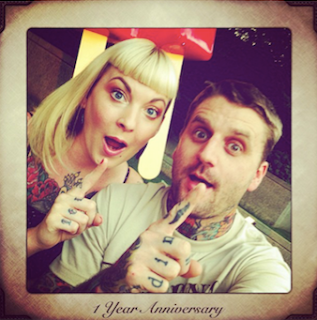 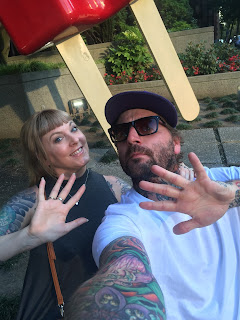 We ended up doing a lot of walking that day... I'm sure he was
glad he was wearing comfortable shoes. 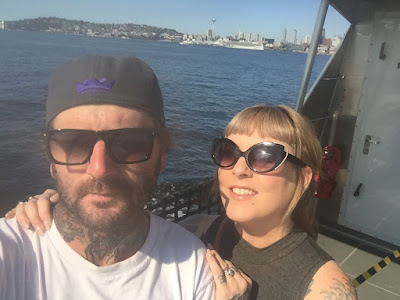