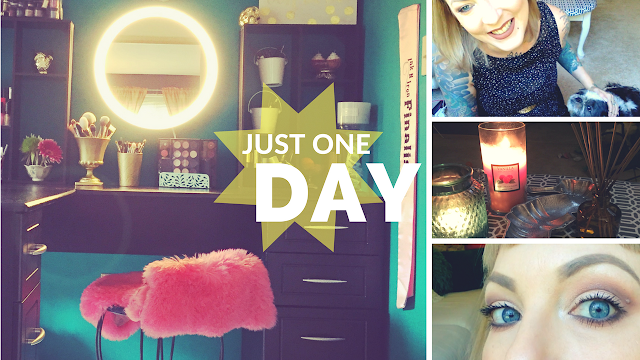 I usually take a weeks worth of footage and combine it all into one video so that it has copious amounts of entertainment in my video journals, my vournals, oh GOD what do I do about hating the word VLOG?  Vournal is not any better.  Anyway, doing this gives me extra extra work since I have to sift through hours and hours of footage.  I feel like a lot of great moments get lost within so much stuff over a vast amount of time that I end up just speeding past certain moments and then talk myself out of needing those particular clips.

So below is my first attempt at a vlog of just one day.  I tried my best to make it particularly
un-boring however I fear I may have failed you in the first two minutes by discussing whether or not to cook sausage.

Why do we like video logs?
I follow a lot of great daily vloggers (mostly from the U.K.) Helen Anderson being one of them and Zoe Sugg being another and I love their videos, watching them all the way to the end like a
buck- toothed chipmunk excited about an acorn.  I especially look forward to them when I get too busy and several days go by so they pile up resulting in spending a night in bed catching up with what feels like a couple of old friends I've missed over the week alongside a bowl of popcorn.
Mmm popcorn.  Fav.

Some people don't understand the concept of vlogs.  They think, "Why would I sit around watching someone I don't know do random things like cooking or vacationing?" and I get that.  Totally understand that it just isn't for some.  I, on the other hand, am SO into it.  I have loved reality t.v. since I first watched the Real World Seattle on MTV or when Anna Nicole Smith was baby talking to her purple haired assistant.  Reality TV (these days) seems to have graduated into an entirely new beast.  It's faux-ality because it's scripted to appear real and everything is so perfect you are thinking how is that even possible they are passing that off as reality?  Nobody looks like that every day without having an on-set stylist,  I call bullshit!  I hate it when you can actually see they are reading a prompter too.

The budding community of online vloggers sharing their daily lives is so not that.  Don't get me wrong, it is still a person behind the scenes editing out which parts of their day they chose for you to see but a lot of them even leave in the not so perfect parts.  I think it's relatable.  I think it's awesome to be able to watch the lifestyle and perspective differences of people from all over the world.  Even when it's something as mundane as grocery shopping.

When I was younger, I used to love to go to the mall, grab a coffee, and just sit and people watch.  I thought every single individual person was so fascinating in their own weird quirky ways.  I would try to wrap my head around their little world for the .5 seconds they walked by me.

So here is my attempt at sharing just a day of my life.  Perhaps it will entertain someone the way my subbies have done for me.  I will keep on with these video journals so if it's not your cup of tea then hopefully a different video of mine will suffice in the future so you don't hesitate to subscribe to my channel.  Enjoy my day and yours!