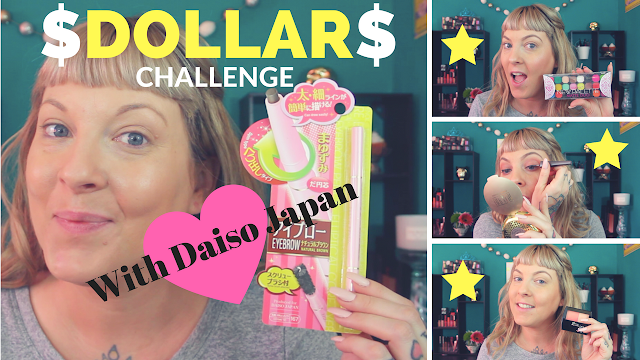 I always like to put my own spin on things so the fact that we have a Daiso Japan here in Seattle I thought, how perfect!  I actually wanted to do the Dollar Tree Challenge ages ago.  I got the idea when I was sitting in my car after going to the Dollar Store and did a mini car haul vlog and thought, I should do an entire look purely off of bargain cosmetics.  Unfortunately the store I have near me doesn't carry basic things like foundation and such so I passed on the idea at the time.

Now look at it.  Everyone and their sister are doing the Dollar Makeup Challenge on Youtube.  I knew I was onto something!  Good job brain, keep up the good work.  Just try to execute the idea before someone else does and we are in good shape.

So I just happened to pop over to my nearest Daiso Japan looking for early Halloween Decor (you have to catch it early or it gets ransacked) and walked by the cosmetic section and bingo!  I realized I could do a full face using all Daiso Japan makeup which used to only be a dollar but went up fifty cents recently, why? Dunno.  Seattle has these GIANT cargo ships that pull in down at the edge of the city all hailing from China and other places and I wonder just how much of that is for Daiso.  Just a house sized cargo block full of goodies.  I realized that just because it is called Daiso Japan doesn't mean it's just Japanese items, a few of the products I used were from China actually. 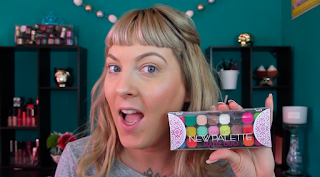 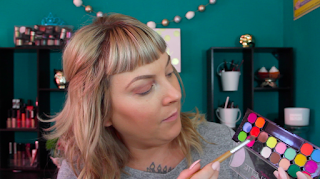 I was pleasantly surprised by how well this turned out.  Mainly because I didn't understand the products completely, like how to choose the right color in my foundation choice since they were all numbered and looked nearly the same in the packages and why the lipstick had two color tones or if it was even a lipstick.  Could have been a balm really.

I had so much fun with this challenge and have some ideas for Halloween mulling over in my mind so stay tuned for those!

Enjoy the video and don't forget to subscribe so you don't miss a thing!
Just click the pic to watch!