Last year a group of creatives ventured into the Olympic National Forrest and shot a music video for  RAINE out of Brooklyn, NY.
I was hair and makeup.

Jaqui is my step-sister and the talented songstress we all gathered together to support.  My mom's cabin style house out in the middle of the woods was our station for storing loads of equipment, makeup kits, generators, air mattresses, DOGS upon DOGS running amuck.
Mom was in charge of making enough food to feed a small production for three days, her experience in catering was put to good use that weekend.  It was awesome.

Now this may come as a surprise but believe it or not I'm not the woodsy type.  Are you shocked?   Well it's true.  My stiletto manicure and wormy dirt are enemies.
Oddly, I don't like stepping in elk poop either.
BEARS want to attack me like I am Leo in the Revenant the moment I walk down a leafy path.  Mosquitos smell my girly lotion from miles away and have a field day on my milky white skin.

But I put all of these DIVA-esque qualities aside and toted my giant makeup kit with wheels through trails of animal doo doo just so I can be on set for the Raine Music Video and to be sure my sis looked flawless.  Wasn't hard, she is a natural beauty. 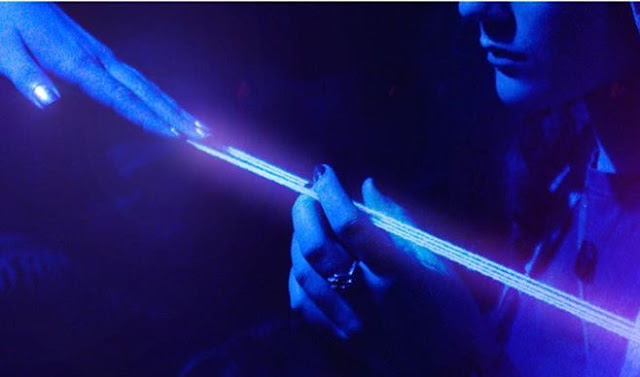 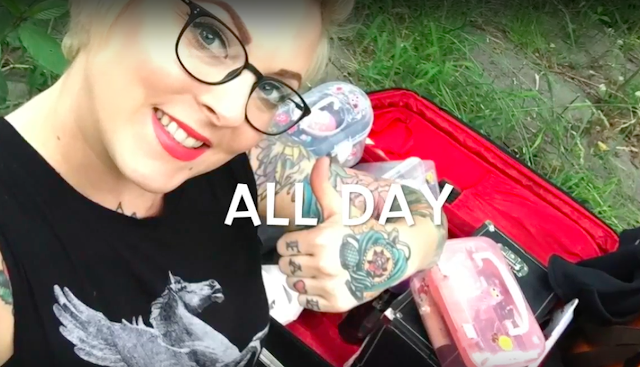 I got turned around trying to head back to the main camp alone so someone didn't have to stop mid-shooting to escort me.  I almost got lost in the Olympic National freaking forrest people.  Memories came flooding back to me from watching "I Shouldn't Be Alive" on Netflix where people always said they should have never left the path when they went hiking.  I planned my survival on eating lipstick and how I would ration out my tissues for toilet paper since it may be weeks before I am found crying on my suitcase.   My plans were to fabricate the story and say that I was almost attacked by Sasquatch but ran further into the woods to escape and got lost.  Figured if I survived I would need a good story for the cover of the Times.   I turned around and lugged my 50 lb makeup kit back to the riverbank where they were still filming and was like, "Ummm...guys...I don't know how to get back".   I put my stuff back down and stuck around which led me to becoming the human towel so Jaqui could wipe her hands off after blowing blue magic dust for the magic dust blowing scene.  It was a system of washing off the blue stuff with bottled water then wiping her hand off on my hoodie.  I think that took fifteen takes.  I was a soggy mess but hey it was worth it! I was eventually escorted back with the group.  I live to be a human sponge another day. 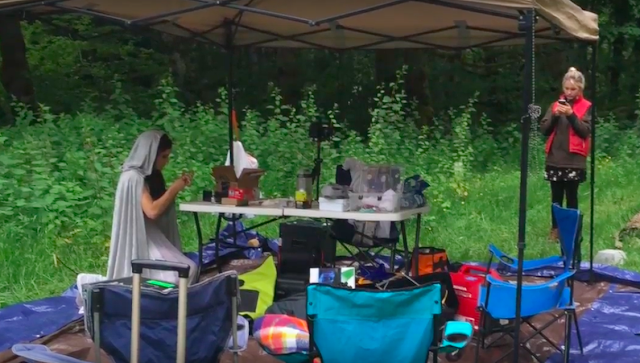 The second day of filming in the wilderness, my other sis Natali and I were on stand-by incase we were needed and got distracted with my makeup kit.  I was trying to do some nature glam when Natali looked down and had a giant banana slug stuck to her hand.  She screamed and we fell out of the tree we had turned into our little makeup station.  We cry laughed for about ten minutes. 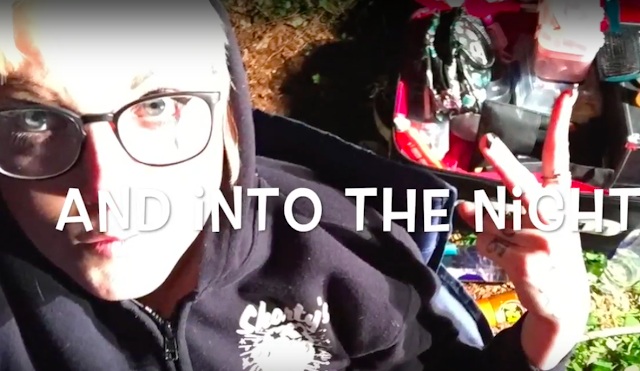 The final day we worked well into the night to complete the most challenging scene out of all of them where strings and rocks were involved.  Everything we had for lighting came off of loud ass generators.  We even had a job of catching white moths for one of the scenes which basically was five people walking around in darkness looking like escaped asylum patients jumping around to catch a bug.  Did you know when you touch moths they leave dust farts on you?
Here is a behind the scenes clip I snuck with my Iphone.  She decided to just sing it live because it made her more comfortable over lip syncing her own song.

So the video released today and I wanted to share it on my blog with pride.  My best friend, Rebecca Peterson and her partner Matthew Gallant are VRSUS Creative and the mastermind uni-brain behind it all, in charge of the execution of this beautiful music video. 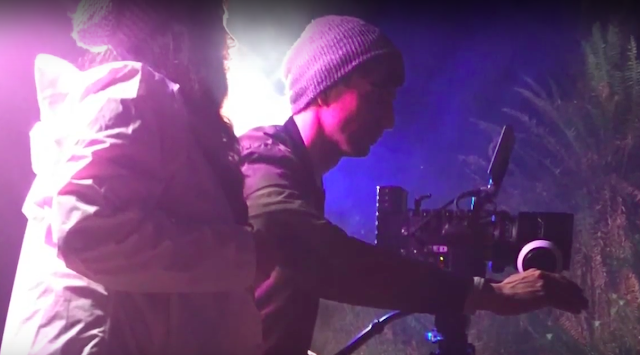 We were blessed with a Red Epic Dragon camera from my friend Paul Ellington who was kind enough to put it into the hands of VRSUS for the weekend.  Thanks Paul!  It upped the game on the beautiful shots you will see below.  Lyle was there for the day to help with that too!  It was a family affair.  Everyone did such a good job helping bring this into light.  I have actually seen it several times before it launched today but I must say, the voice of Raine and this song with these visuals in the video make my hair stand on end and my heart strings go wild every single time I watch it.

It takes my breath away.

Here is the teaser video and you can follow the link to VRSUS Creative for the full one!

Here is my Vlog from last year covering this adventure.  Keep in mind it was before I got a vlogging camera and didn't know dip about editing yet so it is an oldie but a goodie!

Much Love To Ya!