Getting Over a Hardship, off to Canada

Some of you who follow me on Instagram may already know a little but, recently I have been going through a very shitty personal situation over the last couple of weeks.  It isn't anything I would like to open up on the Internet and this blog isn't about what happened... it's about what happened after.
I spent a week in bed, unable to take deep breathes, unable to eat, unable to sleep.  I was actually even unable to cry.  I was in shock.  Booger stayed curled up next to the bed the whole time, such a good dog.
I finally decided I would like to keep moving forward and try to cleanse my body of these harmful thoughts and depressed demons that sit inside me and eat away at my being.
I cannot live forever in a dark cave twisting things around and around in my head.
So we took a trip. 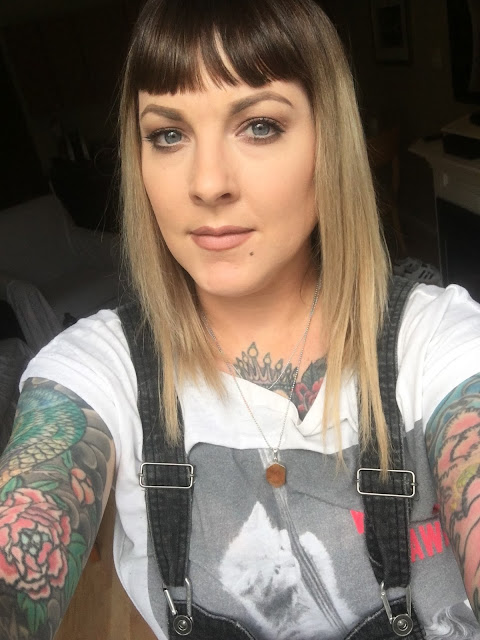 I was so distracted that I didn't even pack a proper bag.  I forgot spare socks, underwear, hairspray...
If you knew me you would know that packing is kind of my thing.  I always organize things down to a list and have enough of everything two times over.  I usually pack back ups for back ups.
This was not the trip for that.  I threw a bunch of shit in a duffel bag and walked out the front door.

We left the country. 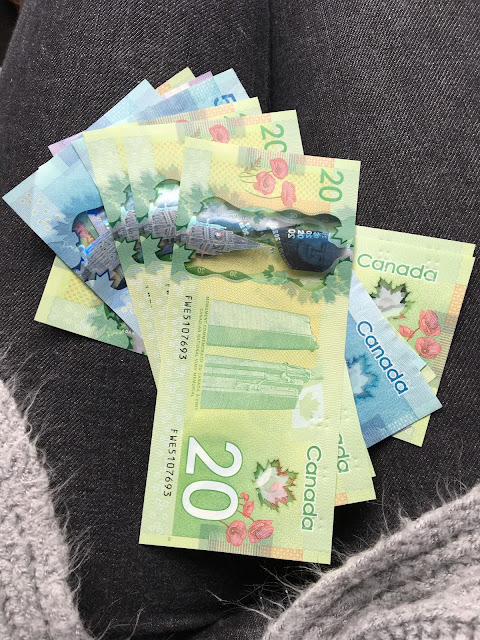 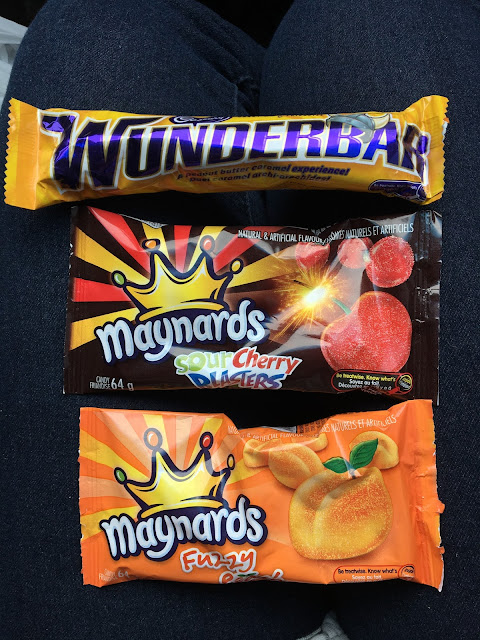 We went to a majestic place called Harrison Hot Springs, also known as "the healing waters" in B.C.
The natural springs are pumped into the pools at the hotels so you can literally soak in warm mineral water from the Earth. 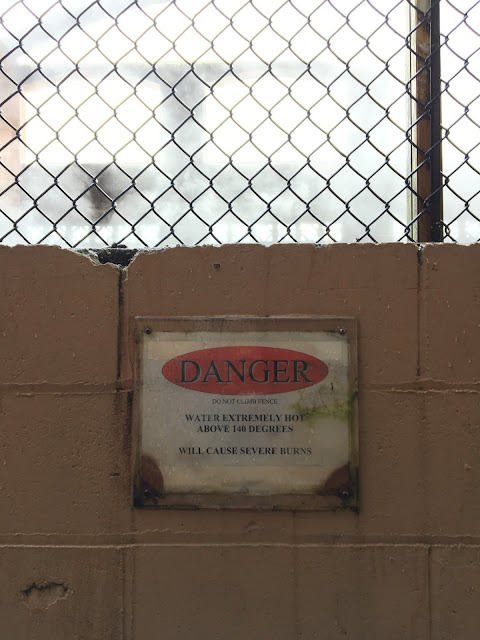 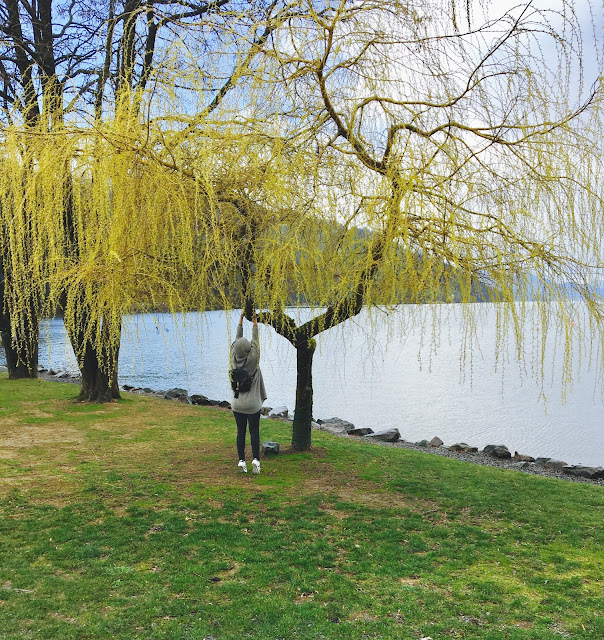 We hiked multiple trails on our three day trip, one around the edge of Sandy Point 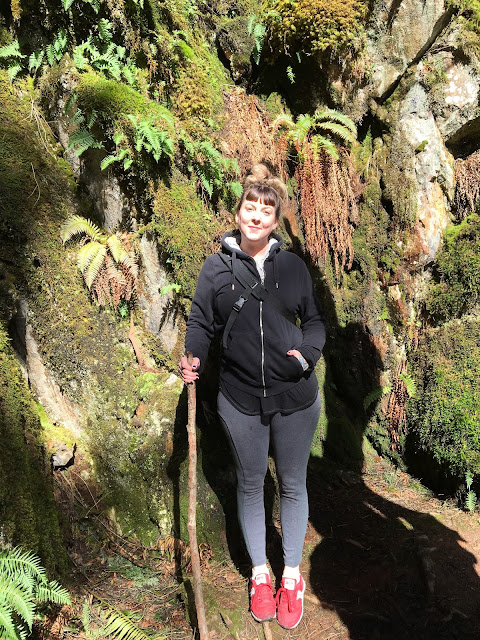 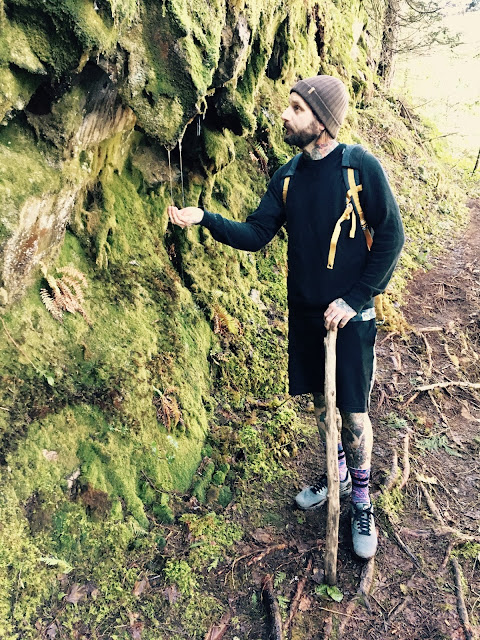 across the beaches of the Lagoon 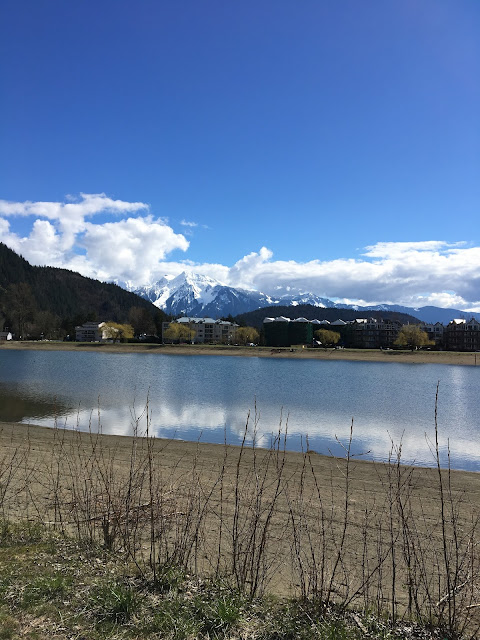 and the last day we went up to see the waterfall named Bridal Veil which was a short one but a steep soggy climb. 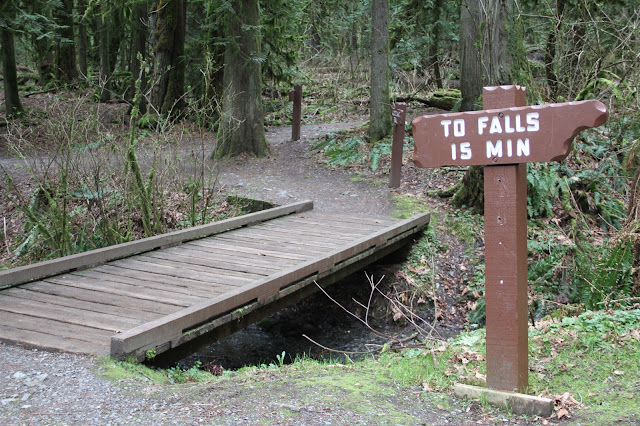 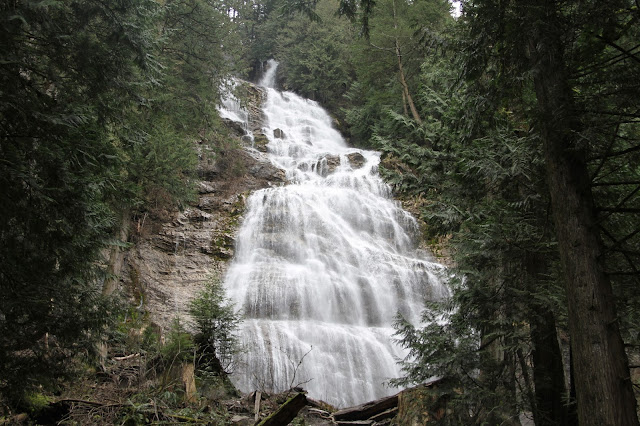 Sasquatch is known to be prominent around those parts, signs everywhere and even warnings to not go near him or scare him. 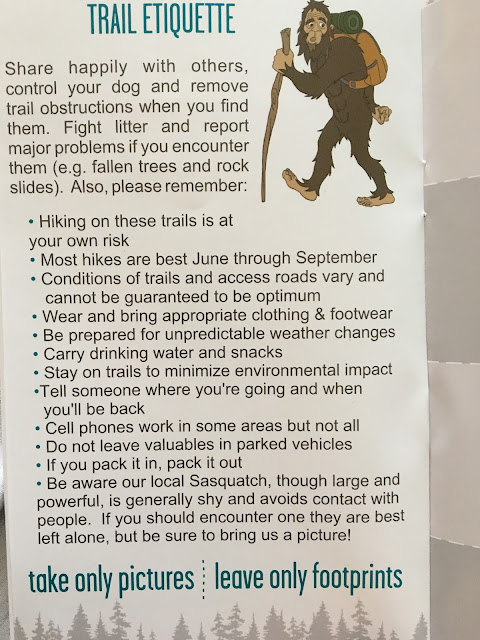 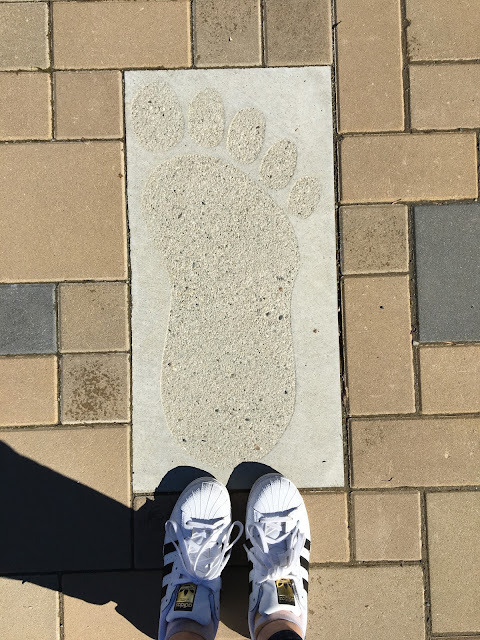 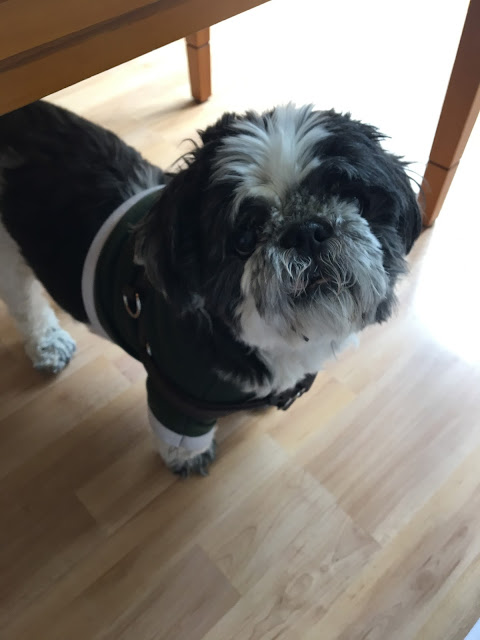 The hotel we stayed in was called the Harrison Beach Hotel and accommodated The Booger with a welcome bag with treats and poo bags in it.  He liked the pitter patter of his claws on the hardwood floors almost a little too much.  I really had to jam my ear plugs in my ears to sleep through him turning circles on the floor at night.  Always nice to have dog friendly hotels. 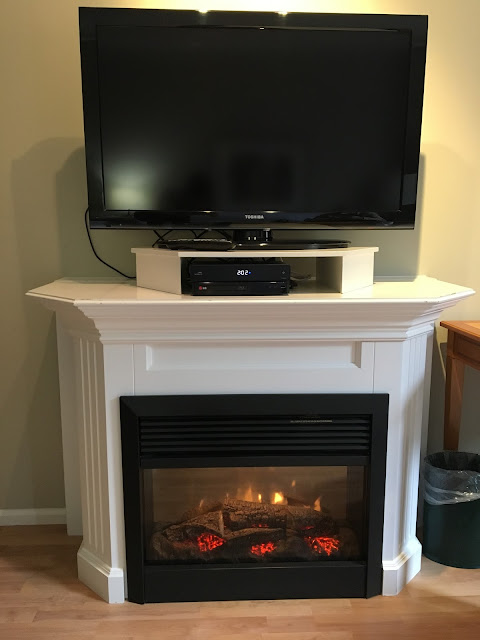 It also had a kitchen with pots and pans, a stove, and a microwave so we decided to bring home away from home and do a taco night. 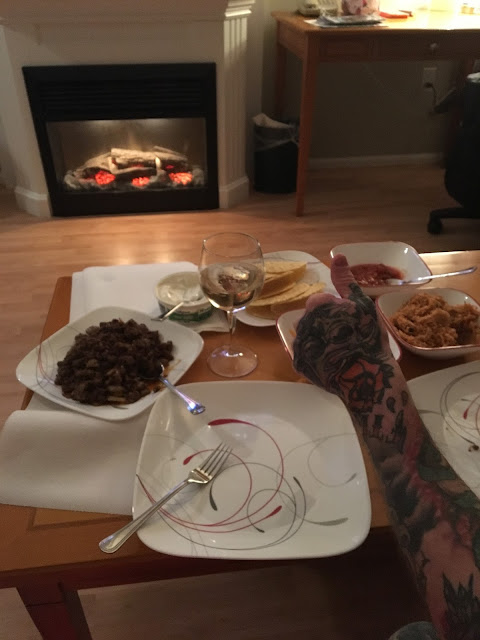 Just before crossing back into the states at the border there is a castle with games and rides.  We had to lighten the mood on the way out with some mini golf.   Unfortunately, it's nestled next to a cow farm so it literally smells like your head is up a cows ass when you're outside but inside was nice. 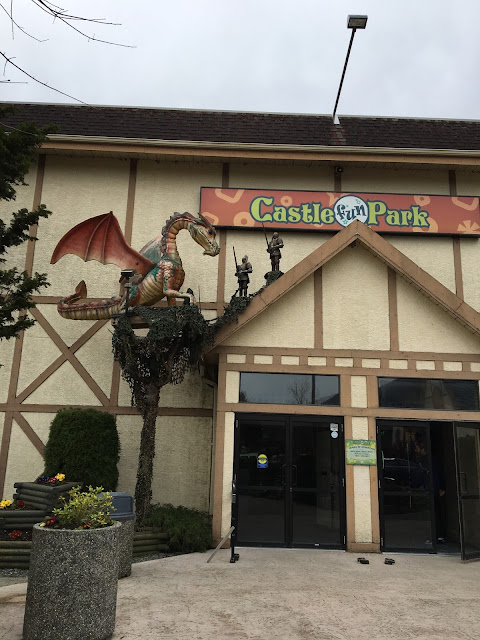 We went for the Under The Sea course that played spa music and had oceanic sounds and decor. 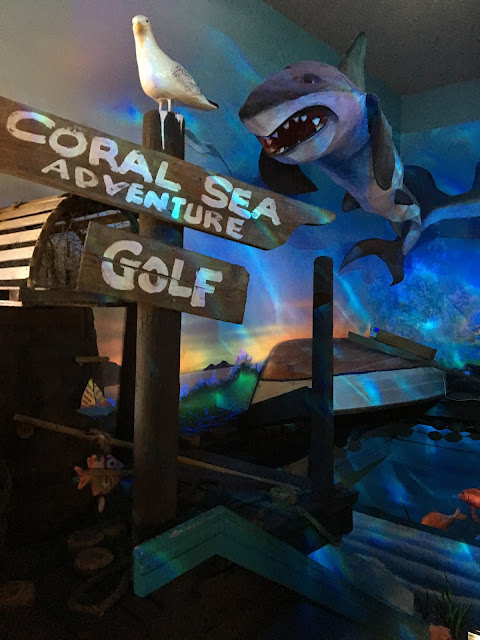 It was actually quite relaxing aside from being in a basement and could occasionally hear kids stomping on the roof playing laser tag. 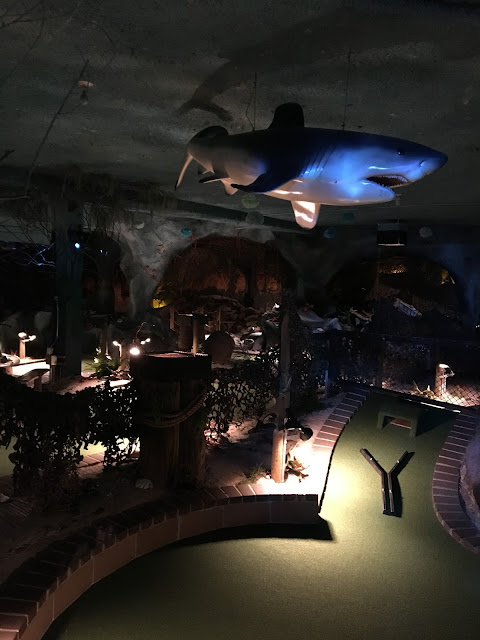 I got a hole in one on the last hole which wins another round.  I hit the ball so hard directly at the hole it was like I was playing hockey with it.  It smacked straight in and set off the light upstairs to alert the staff so I didn't see what happened, I just ran upstairs with my arms out like I was the shit. 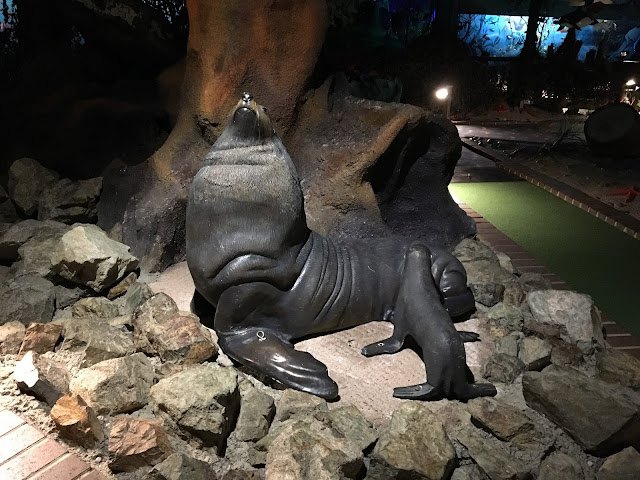 We kept our free round for the next visit considering we fell in love with the area and have now deemed it our haven.  We got there in the Spring luckily before tourism really hits so I'm curious to see the town bursting alive with people in the summer.  It was so quiet out there I couldn't imagine boats everywhere and people all over the sidewalk.  I must say, I think I prefer the quiet pre-season vacay's myself. 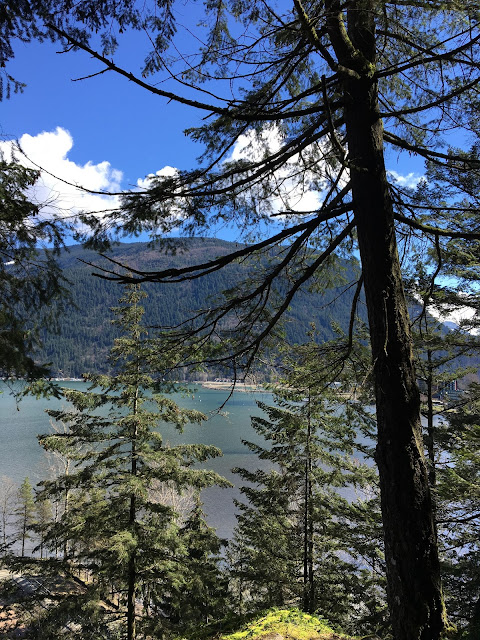 Til next time Canada.