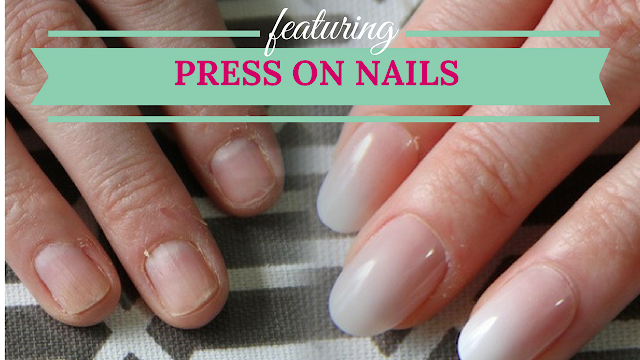 Before you go any further, please watch this hilarious video from the 80's
I remember using these things and they didn't work for shit!  They literally popped off with the smallest task.  How embarrassing is that??
Thanks to The Museum of Chicago Classic TV on Youtube that shared that video.  What a hilarious blast from the past.

Here's the vid I made today!

I have totally been an acrylic nail kind of gal.  I've done coffin shape, ballet tip, stiletto, cat claws, you name it.  I've never done the duck nail though, that is the fugliest shape I've ever seen.

Getting your nails professionally done isn't always an option for several reasons:

1.  It's too expensive
2.  It's too much upkeep
3.  Sitting in the chair at the salon gives you anxiety (me, see more below)
4.  Your boyfriend doesn't like the way it looks.  (See more about that with Zoella below)
5.  You don't want it to shred your natural nails to pieces causing long term damage
6.  You like the natural look instead
7.  The chemicals you inhale can be bad for you
8.  You can get a really fucked up fungus' from nail salons, i.e. the salons are unsanitary
9.  You are too lazy to go to the salon

I am all of the above except for 3.

I have a phobia and it's whenever I'm locked into sitting in a seat for a specific amount of time without an option to get out of it, I panic.  This includes planes, meetings, and restaurants.  I don't always get that way but when it hits me I'm usually not aware it's going to happen.  Awful awful feelings of panic and racing heart beat, everything goes black, and I lose my hearing.  Fucking SUCKS and has resulted in me loathing to go get my nails done or a fill in.  How I've managed to have acrylics for as long as I have is beyond me.  It shows how many times you can expose yourself to your own phobia over and over and sometimes it just never goes away!

One of my favorite Youtubers, Zoella, once said she wanted fake acrylic nails but doesn't get them because her boyfriend (Alfie) hates them.  I know she struggles with anxiety so I wonder if she secretly has the same issue as I have with chairs.  She gets press-ons instead which prompted me to give them another go.  I figured they've got to be improved since the 80's right?

Anyway here I am!  I went to Sally's and spent about $7 on some Bella Nails.  They took about 5mns to pop on.  I am curious to see how long they last without one falling off.  They included extras in case one goes missing.  The glue was resealable so I can use that again too.
Here is before: 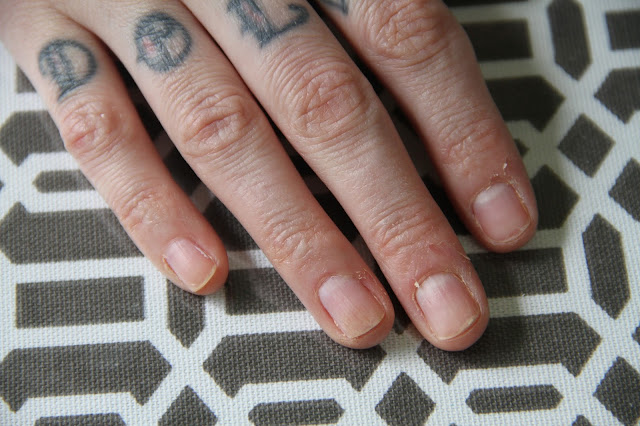 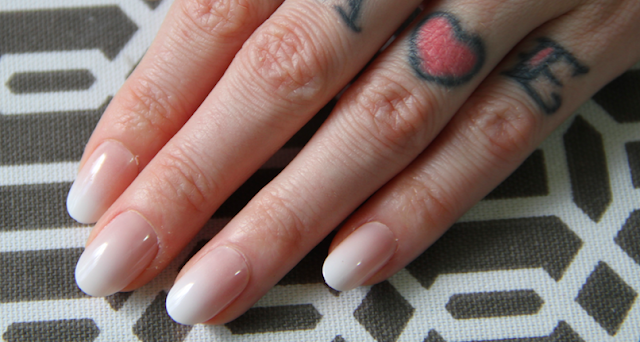 I will say they are quite comfortable to wear.  They are shorter which I like for work.  As a makeup artist, you have to go in pretty close to people's eyes with lashes and liners so shorter nails prevent any eye scratching incidents.

I had to file the sides down a bit to make them look more fitted, otherwise they poked out on the sides which made them look even more fake.  If they last awhile (a week is promised on the box) I will def go back and grab a few more.

I will update here again in a week and report back!

Maybe this is finally my chance to grow my own nails out underneath healthily.  I take Biotin vitamins to help boost the growth as well.  I've noticed Biotin has helped with my hair growing faster but my nail beds were so damaged it has taken awhile to grow them past the part that had my previous acrylics.  I will say...if these end up being a pain in the ass you will see me sitting in a salon in the near future having a panic and letting some lady drill away!