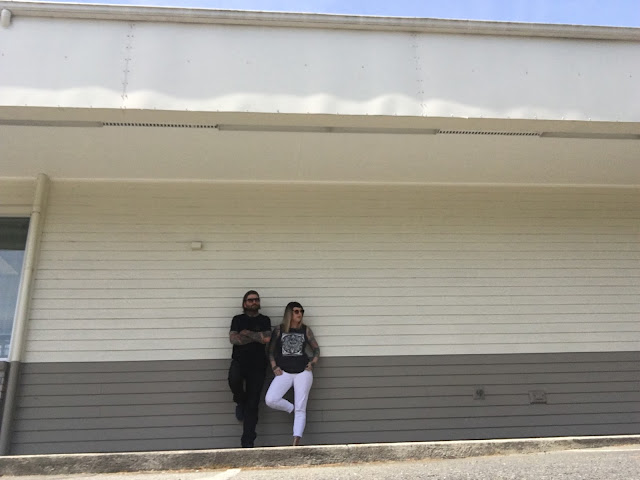 When we woke up Sunday and saw the sun had finally started to shine here in Seattle we took the opportunity to get out and adventure.  We sat on the couch with our computers and searched the Internet for locations.  First we thought we could hike Rattlesnake Ledge but realized the traffic to get there would take up most of our day.  Then I thought, we can go Spelunking!  Aren't there tons of caves around here? Then we realized most of them were hours away.  "How about ziplining??"  Oh crap, that would cost nearly $200 for the both of us and we are moving in June so time to save save save.
I know!  Let's go to the ocean!
I opened the map and pointed to Whidbey Island. 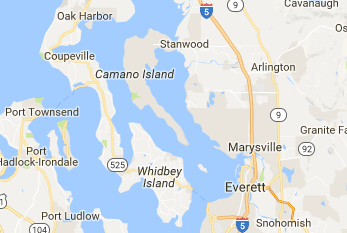 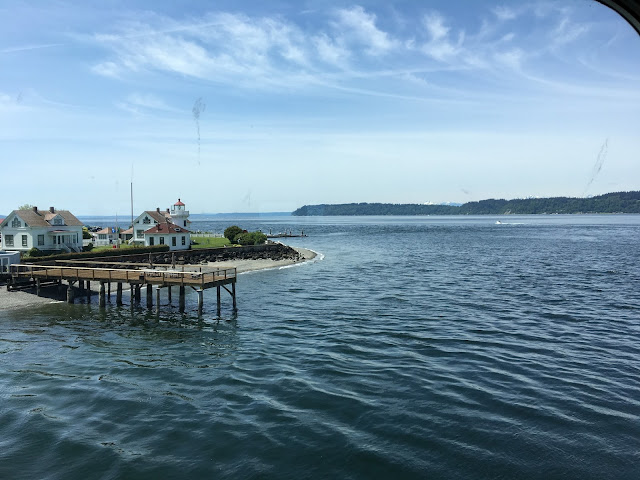 We hopped in Lyle's car and headed out not knowing exactly where we were going and how it would turn out.  Just the two of us on an adventure. 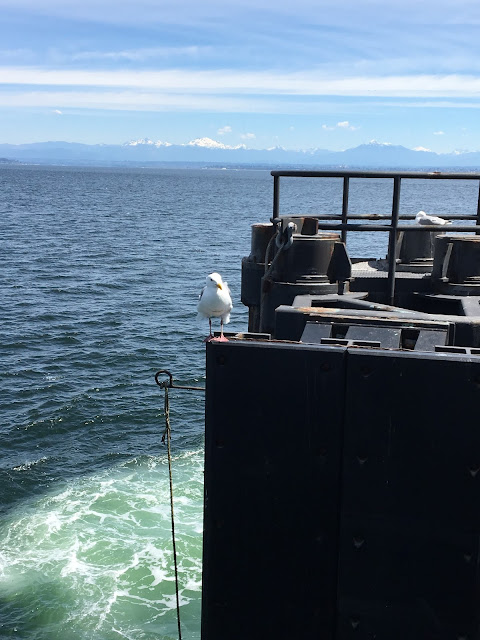 A short ride later we were already docking at Whidbey's Terminal and off we went for some brunch.

Stopping at a gas station to gather our plan I used the timer on my Iphone to do a mini photoshoot in the parking lot and a phone stand I got at Daiso Japan for $1.  Works great! 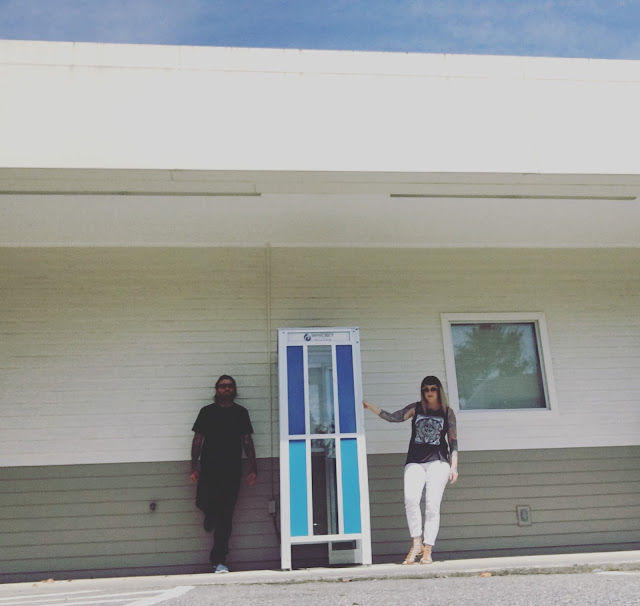 We kind of stumbled upon Charmer's Bistro in Freeland which was like stepping into the past.  They had Sinatra playing on the radio and an old man was reading a newspaper at the bar.  It dawned on me that this is the place people move to when they retire.  Time to slow things down, kind of a reminder of how they lived as a kid.  I imagined them wanting the feeling of living in a Mayberry town where everyone knows everyone and you fish for your dinner.
"Hiya Joe how's the grand kids?"  "Great Bob, they're all off to college". 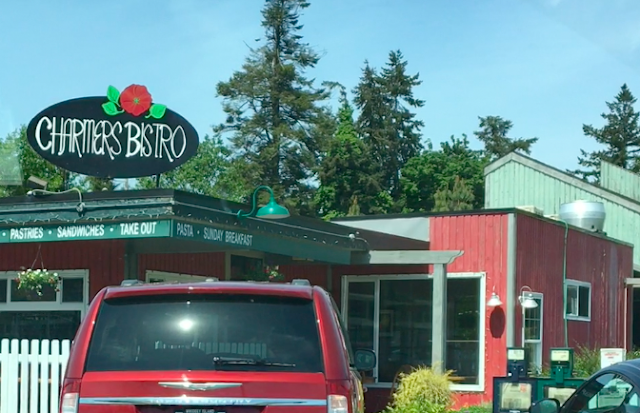 I got Eggs Benedict on polenta cakes and Lyle got the veggie omelet.   It was absolutely delicious. 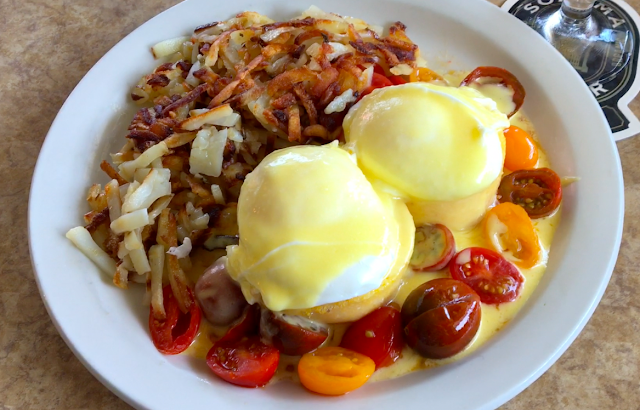 We drove down to the beach in Freeland and sat on a bench for awhile.  I love to take super deep breathes so I can taste the salty air and soak up as much of the moment as I possibly can... 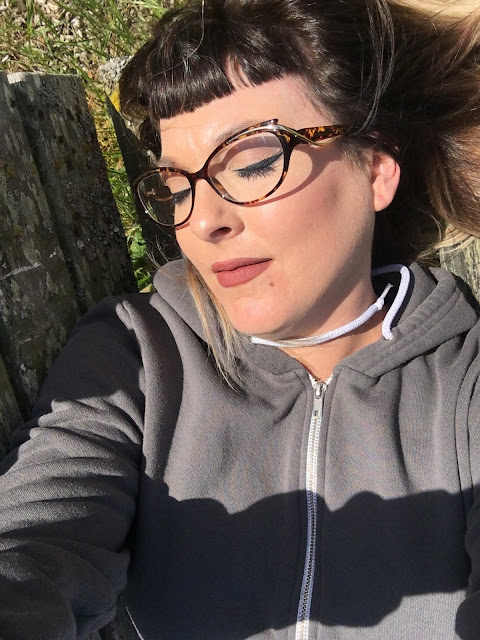 I was ready for a nap after laying in the sun, it was warm but with a cold breeze off the water.  I was surprised when we got a second wind as we decided to explore the wine tasting event going on across the Island.  We stopped at a place called Dancing Fish Vineyards which had Bocce Ball, Ladder Toss, and Cornhole. 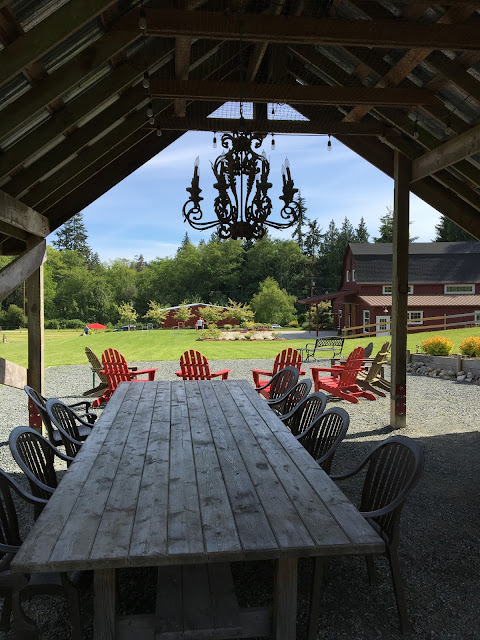 The whole time we were there you could hear horses neighing loudly in the background and sparrows kept landing on the fence and singing crazy songs.  We were laughing at one in particular that had such a different sound, it literally seemed like it was talking to us.

We went with a bottle of Sauvignon Blanc (which isn't actually made at that particular winery apparently) and also ordered the chocolate truffles and cherries. 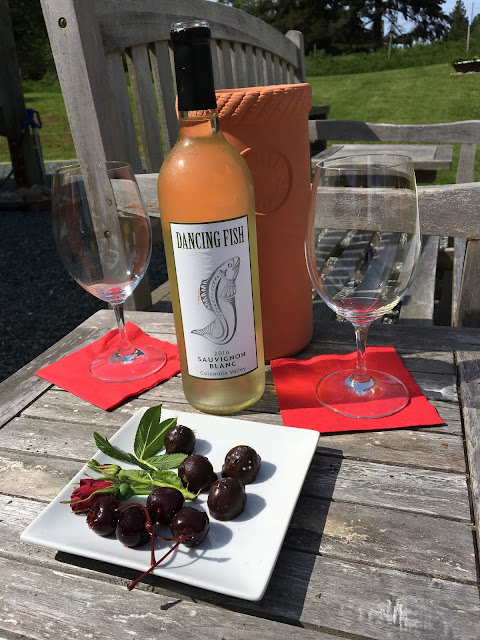 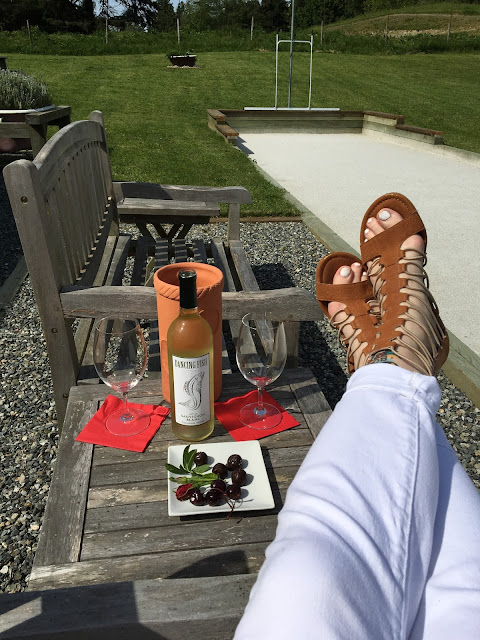 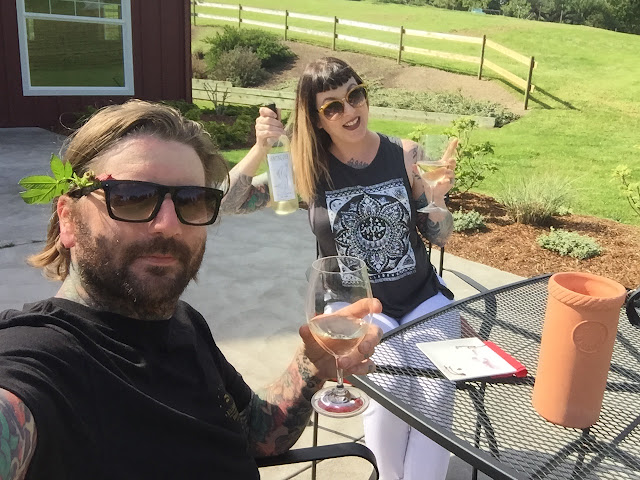 I thought their chandelier was so clever, just a bunch of Clam shells linked together.
I want to make one!  I have to share this idea with my mom, she would love it. 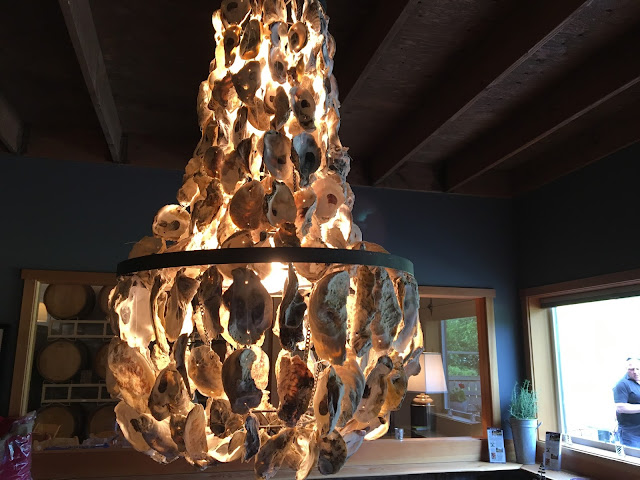 When it was time to head back (after splitting that entire bottle of wine mind you) we had just missed the ferry and got stuck sitting in line waiting for what felt like forever cause I had to pee.  It got so bad and painful I started to panic and looked around desperately for a building I could squat behind but there were people everywhere.  Lye handed me a stack of blue plastic cups and said, "Here, pee in this".  I'm going to admit something to you and I hope you still look at me the same way...I peed in the cup...and I don't regret it.

Our last stop on our way back was Diamond Knot brewery which had been on our list of places to visit for awhile.  When we walked in I was excited to see it was one of those bars that has cracked peanut shells all over the floor!  A highly recommended pit stop for those who are headed to Whidbey on the Ferry or coming back since it's just right off the terminal. 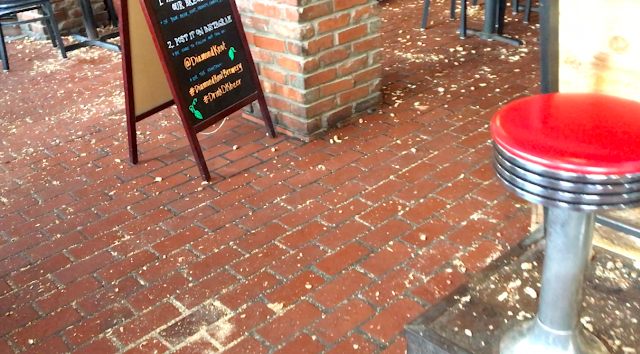 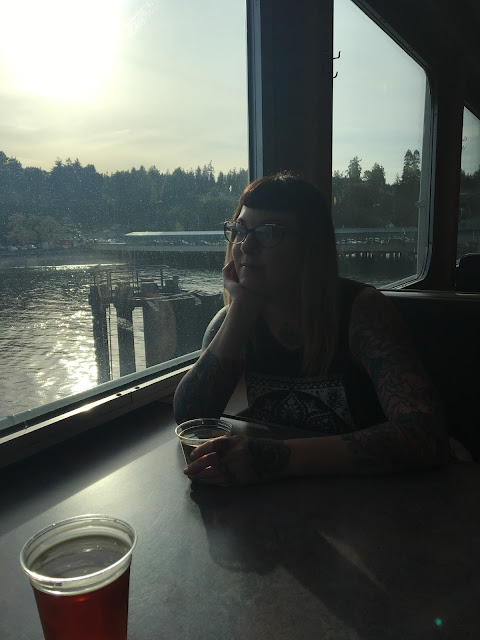 We had such an amazing sunny Sunday off together and we plan to keep the fun going this summer with lots of activities so stay tuned.  I made a vlog with my Iphone which you can watch below.

Enjoy and thanks for visiting.