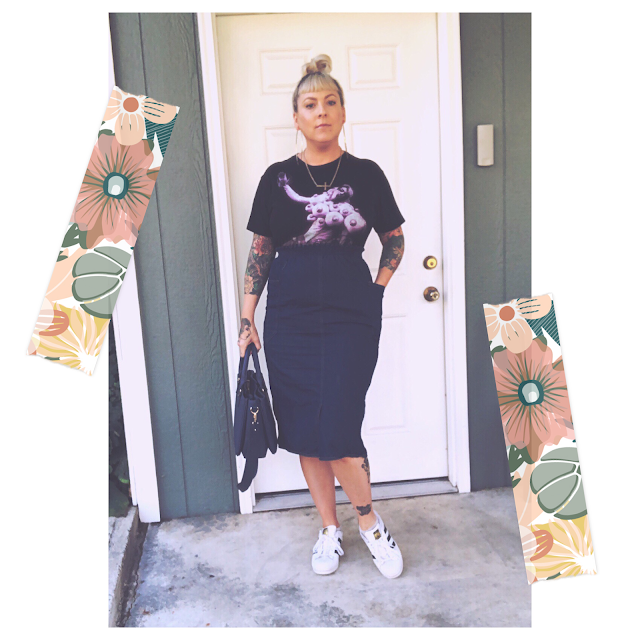 Perhaps it'd be wise of me to not write my blog when I'm in "a mood" but one can't help these things and that's ok.  If every blog I read was rainbows and kittens I think I'd actually hate it after awhile.  I mean, who wants to sit back and watch an unrealistic portrait of a perfect life?  Not I.
Gimme some actual human please, thanks.

As the weather shifts to that Basic Bitch Beloved season we call Autumn, I have noticed that I get in the weirdest mood.  It's all premature excitement at first, followed by a mild depression of realizing that summer is in fact over, and I'm sad I didn't get to a list of shit I had hoped to do.

None of it has any importance really, but I get bummed nonetheless.
Things like, damn I never floated down a river on a raft.  In fact, I didn't go swimming ONCE this summer and that is absolutely unheard of.  I dipped my feet in the baby pool, I went on a boat to a deserted island, yet somehow I never swam and that is just strange to me.

Sometimes holding my head erect is exhausting and I just want to go home, sit on my couch and watch Housewives reruns and eat make-shift fancy cheap ramen which is essentially .99 cent Top Ramen but Pho' style with hard-boiled eggs, some basil tossed in, and Sriracha. 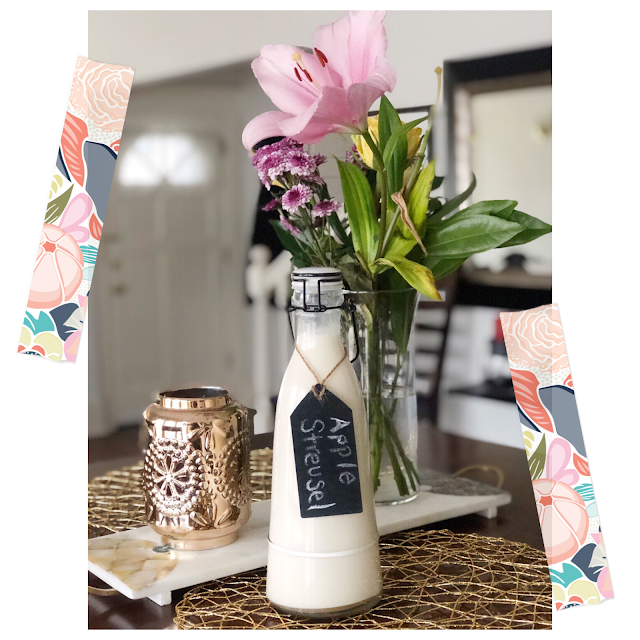 If you've been paying attention to my IG stories you'd know I started making my own coffee creamer flavors due to fear of what was in the pre-made store ones that never seem to expire.

My obsession with apple cinnamon this season is on a whole nother level.
I used to loathe the smell of strong cinnamon and was more of a woodsy pine Autumnal scent gal.
This year something switched and I can't seem to get enough Apple Spice.
So this weeks' creamer flavor is Apple Streusel and it has a lot of allspice/cinnamon in it to really kick up my morning coffee a few notches.

I've always noticed that some people put shit-tons of cinnamon or nutmeg in their coffee so that led me to believe it wasn't so weird to make this unconventional coffee creamer flavor.
I have one more idea to test out before I do my recipe post of how I make these, promise it's coming soon!
_________________________
M A K E U P   C H A T S 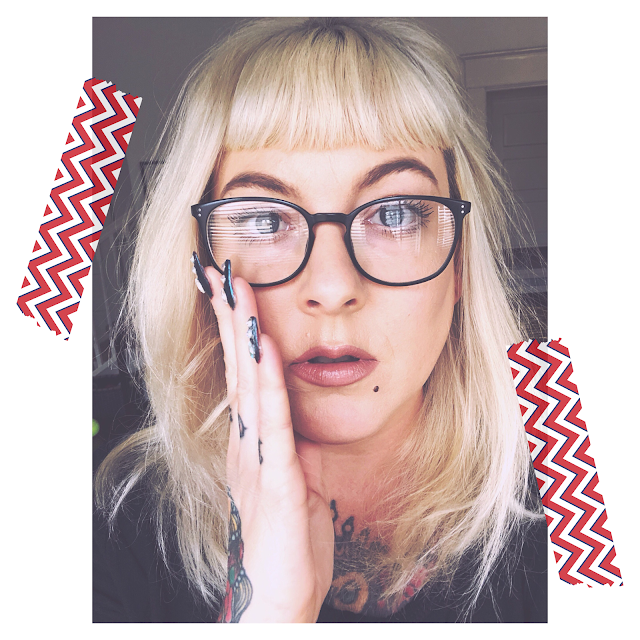 I go through fazes of rebellion against cosmetics and I'm sure it has a lot to do with the fact that it's my job. I have to put it on every day, put it on others, talk about it, blog about it, Instagram about it, Youtube it, so it gets old.
When this happens I just want to look like myself as easily and simplistically as I can.
It's almost like a strike against complex blending or even having to think about color.

So for this weeks' makeup trend, it was all about a "natural" bushy brow (still perfecting and not quite there yet), no eyeshadow, no blush, just cream bronzer over a satin finish complexion as well as lip using both the new Anastasia of Beverly Hills Foundation and a Morphe lipstick.

I also tried out the Essence Princess Mascara that everyone has been freaking out over.
It costs $4.99 and is actually pretty bomb.
It's buildable without getting to gooky and has a nice creamy texture to it.  I also like that the wand is smaller so it goes on the lower lash with ease. 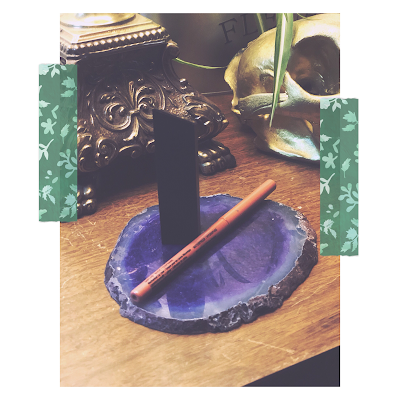 On the lips, I've been obsessed with the combo of these two.
Morphe's "Forevs" and this NYX mechanical pencil in nude.

I have been trying to figure out why so many have raved about the NYX lip pencils cause every single one I've purchased was crap until I got this mechanical one.  This must be what everyone was talking about because it's really good and mega cheap.
It applies smoothly without flakes, stays on, and is my favorite new lip pencil.
It even wins over MAC pencils and that says a lot. 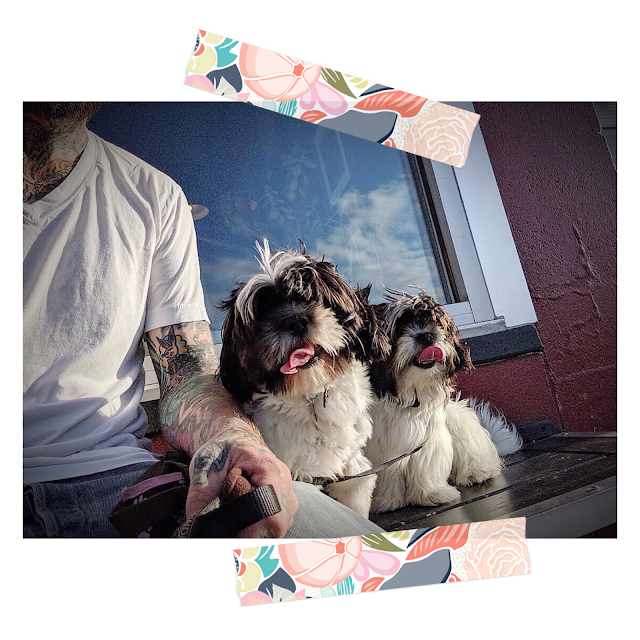 These two puppies are growing up WAY too fast and time better slow down or I'll cry.

Sissy still only cares about what Vinny is doing and listens to him more than us.
We MUST correct this but are two puddles of love when it comes to reprimanding them so we have to "train ourselves" as Caesar Millan would say.

They are both getting fixed next month and as a mom, I am terrified to see them not feel well but can't wait for both of these house terrors to calm down a little.  They bark at every fart.  They chew on every piece of mail.  They throw themselves against the furniture in a mouth fight resembling that of Godzilla and Mothra.  Vinny poops and Sissy eats it.  Booger can't see and Sis leaps in his face sending him flying backward ten feet. 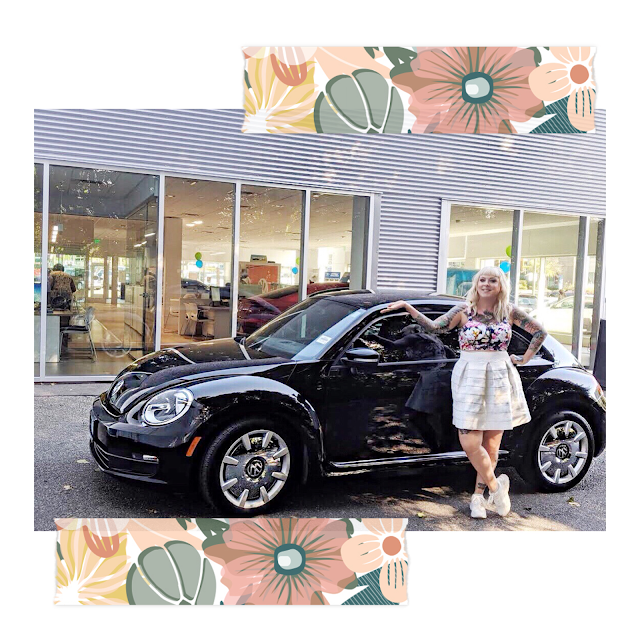 I've finally upgraded Lucy the Yellow Beetle and as sad as I am to see her go, I welcome Lucille, the sleek glossy black Boss into my life with open arms.

Recently, I had legitimately felt unsafe driving in traffic.  My old beetle wouldn't go over 65 without a rattle and a struggle to reach high speeds.  I also slid easily on hills with the manual transmission.
Now I cruise like butter on a slice of bread. 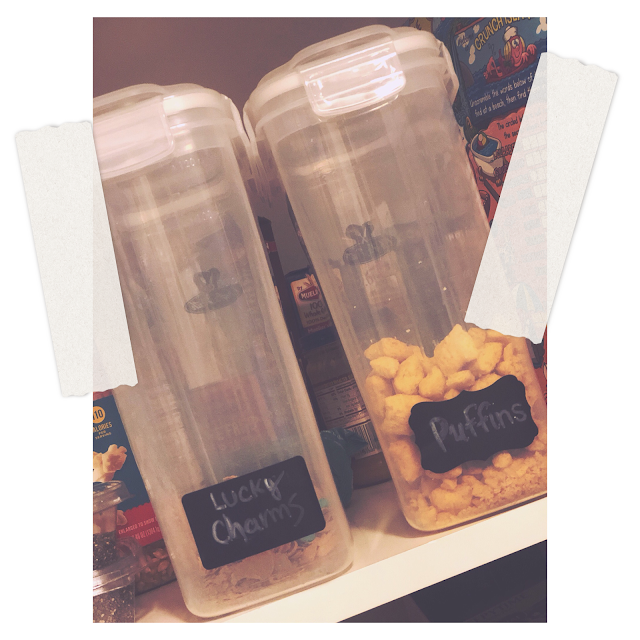 My entire life I've hated cereal.
But now I can't stop eating these damn peanut butter Puffins.
So in order to excite my new found love for bowls of crunchy oats even further, I got labeled bins to suffice this late discovery. 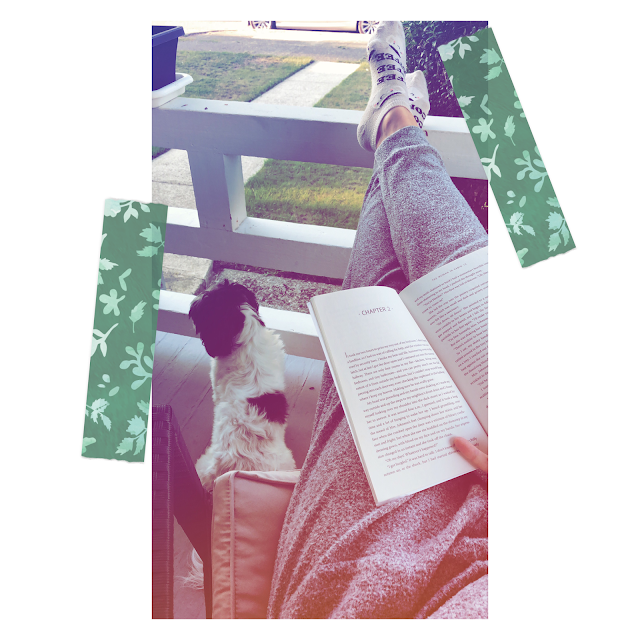 Isn't it funny how the things you know you should do, and that you know will make you happy, are the hardest things to convince you to set time aside for and actually DO?!

For example, I know that playing a video game that lets me escape into a fantasy world makes me happy.  I know that sitting on the porch in a rocking chair makes me relax and feel good.  I even know that sitting on the floor with some sage lit and just deep breathing helps me calm my mind and feel centered.  Yet I find myself, rushing around, busying myself with "chores" or "blogging" or "editing videos" or whatever other worky type shit I can force onto myself.

Setting aside time for myself has become the chore.
Well, I am consciously changing that by doing these small things that I know relax me and one of them is getting into a new book.

I went to the Goodwill (surprised?, lol) and got three new books to read.
My goal is to sit on the porch while it's still warm out, even if for a short amount of time and rock and read.

That's it!  Thanks for stopping in.

For a more up close and personal version of this month's highlights, feel free to watch this vlog.