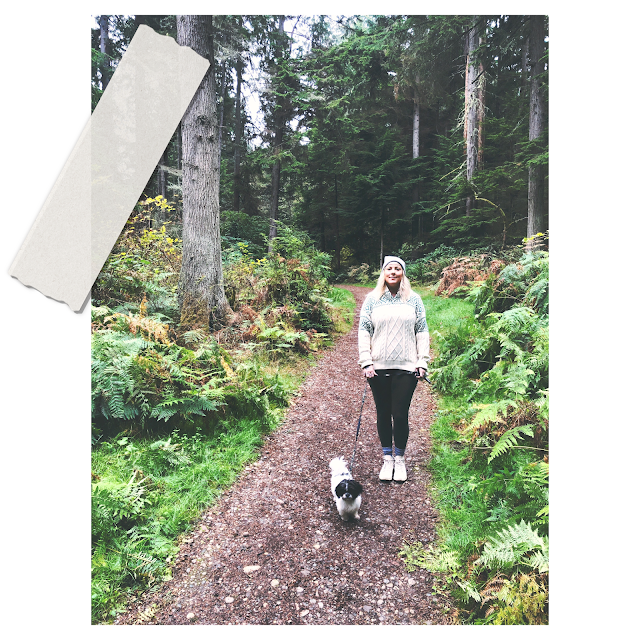 You came here for coffee creamer recipes, well jokes on you cause I'm here to spill my life story on you before I unveil the recipes...bwaahahaha.

Ok kidding.  You know how people do that though?
I'm like...just GET ON with the recipe so I don't have to scroll past you reminiscing about your grandpappy and why you love pumpkin bread so much.
Show me the goods! 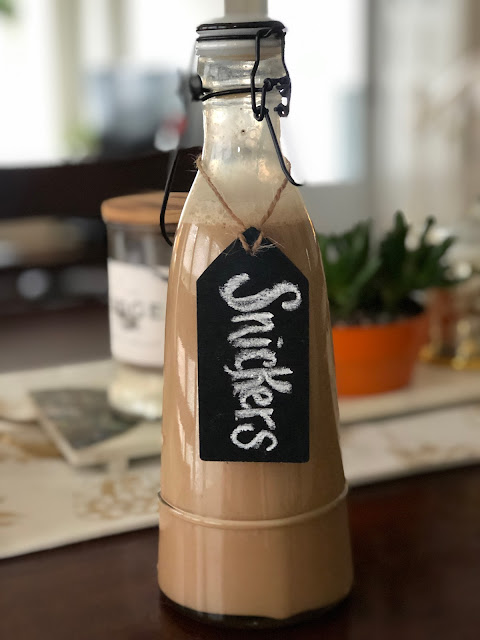 Brown Sugar simple syrup:
Place one cup of water and one cup of brown sugar in a pot and heat just to a small simmer (don't boil).  Once thickened, bring down the heat to low and add in your flavors.
Sub liquid stevia if you don't want sugar.

Once it seems well mixed I removed from heat and let it cool down.

NOTE: The amounts you choose for your flavorings all depend on your preferred taste so I say start with a tablespoon of the honey and molasses, a couple dashes of ground nutmeg, a splash of vanilla extract or you can add a vanilla bean and let it simmer in the sauce for flavoring then taste and adjust to your liking.  You can even add more brown sugar if you like it really sweet.

Slowly add your milk of choice to the saucepan, keeping in mind the creamier milk will mix in your coffee better (I found soy always floated to the top). I decided to go with half and half.
Coconut milk is a good sub for dairy.  I did also like almond milk with this considering it's Snickers flavored but that also separates in your coffee easier, just keep that in mind.

Pour into your glass container, mix in chocolate syrup and shake.

(I got my container at TJ Maxx) 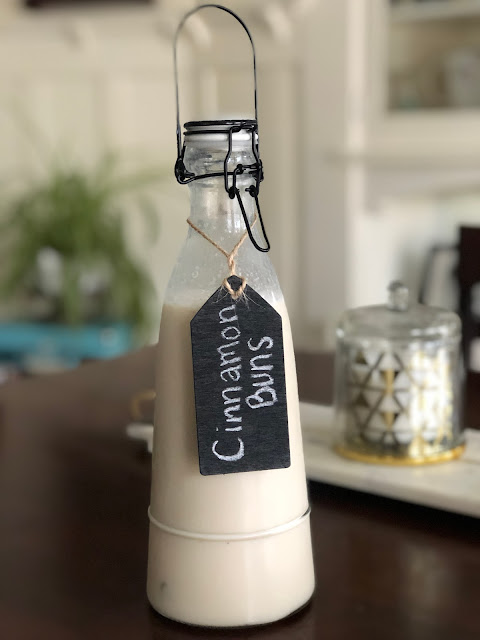 Make simple syrup as above and add in a cinnamon stick while simmering.
Lower heat and add in your seasonings, stopping to taste test.  I was starting with less and adding more to my liking but remembering it will be added to milk so feel free to make it a bit stronger as it will be diluted by the natural fats in the creamer.

I poured this all in together once cooled and gave it a good shake. 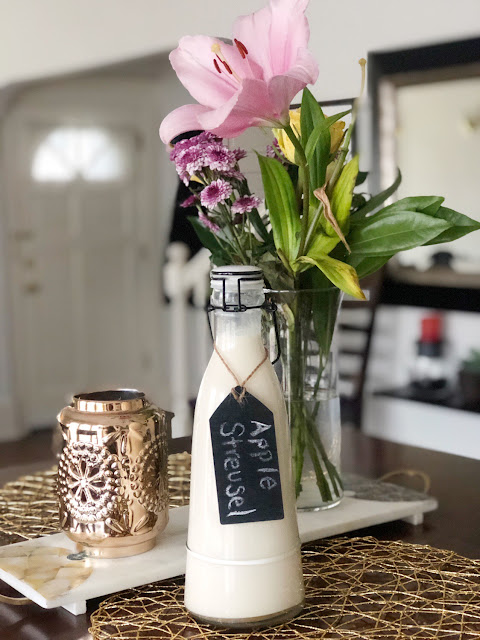 This one was tricky.  I wish I had an apple concentrate for flavoring it but all I had was a can of apples so I just poured the juice into a saucepan with the homemade simple syrup.
Using the same recipe for the simple syrup as before, I used one part white sugar and one part water.
I had some Wassail seasoning from Trader Joe's and it was the perfect flavoring, but you can get the same with lots of cinnamon, nutmeg, and allspice.

This time, I had to strain the ingredients through a small sifter before mixing since it had specs of seasoning and apple bits in it.

Let cool, pour into milk and shake in a bottle. 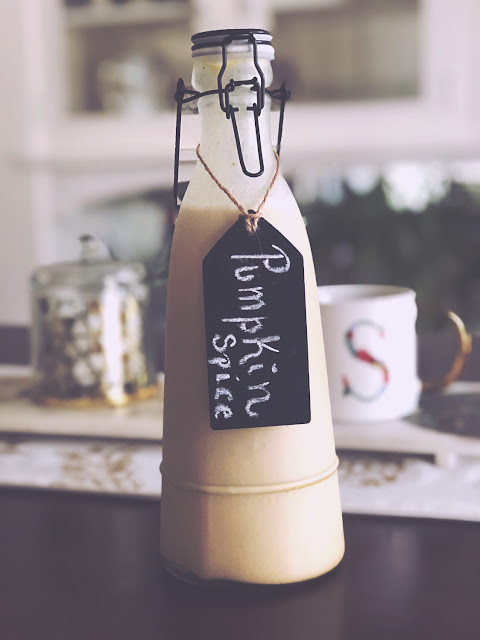 In a blender, I added the pumpkin puree and spices and whipped it together.
Then I had simple syrup simmering, and added the mixture to it.

After it became fragrant I removed from heat and again, strained the ingredients through a sifter before mixing with my milk.

This one separated the most which was fine, I just found that before adding to my coffee, I had to shake the bottle to mix it all up before pouring.

And that's all my recipes!
There are so many other ideas, like Peppermint Patty, or Reeses Cup, but I had to stop somewhere.

Hope these are helpful to those of you who kept asking how I'm making these.
I kept posting them to my Instagram Stories and am happy to finally share them with you.